Why the ‘sandwich generation’ is your tastiest real estate client

Who is the ‘sandwich generation’ and how can they help your real estate business?

The sandwich generation is that group (mainly women) who are jointly responsible for children and their parents or other elderly relatives. There’s always been a ‘sandwich generation’, and the reason they make such great real estate clients is their influence.

At the moment, our major ‘sandwich generation’ comprises Baby Boomers. This group is steering the conversation around property sales and purchases for both their children (to whom they’re often providing loans) and their parents (members of the Silent Generation) who might be starting to suffer ill health, or living alone after the death of their spouse.

‘Baby Boomers’’, covers a broad age spectrum, from those aged 55 to people in their 60’s to our older Boomers who are now in their 70’s. Boomers born from 1946, straight after the end of the war, and into the early 1950s had a remarkably different life experience from those born later in the 1950s and 1960s. This latter group hit their teens in the 1970s.

They lived through a time with ‘free love’, free university education and mass travel. From 1966, women had been able to remain in the Public Service after they were married. And with the Boeing 747 arriving in 1970 overseas travel became more convenient, especially for Australians whose previously had to endure a six-week journey on a ship, to get to places such as ‘homeland’ Britain. 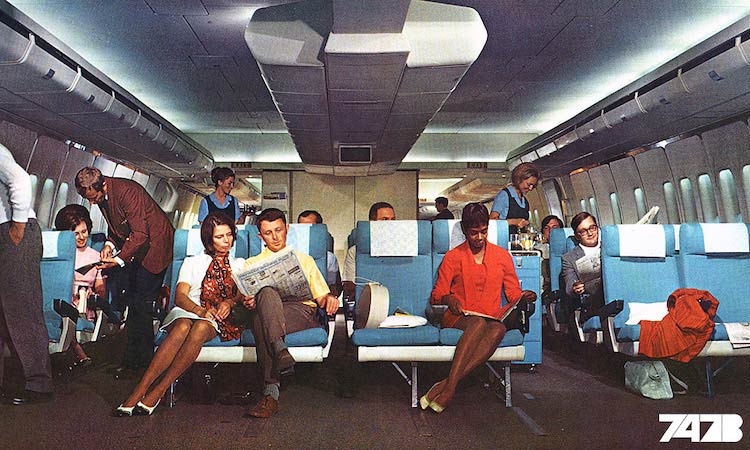 Interestingly, the younger Boomers have often moved many times in their lives, from leaving home to travel overseas to moving interstate or intrastate for work. Whereas generations before this had a different travel experience which was, unfortunately, war derived.

Multiple ‘Boomer’ groups on the move

Right now we have both ends of the Boomer spectrum downsizing. In the top age group is more likely through ill health and the lower end as a lifestyle choice.

Many of the parents of Baby Boomers sometimes called the Greater Generation (aged 90 and above) got married later and had children later than did previous generations. With their lives interrupted by WW2, this generation has most definitely stayed in their family-sized properties for too long, and are hell-bent on staying until death (or forced unwittingly by their family to go into a care facility).

Interestingly, these nonagenarians are the fastest-growing senior age group, with approximately 175,000 in Australia at the last census in 2016.

I always find wedding photos to be a telling story of a person’s generational history. So, below are some images that help remind us of the era our parents or grandparents lived through. 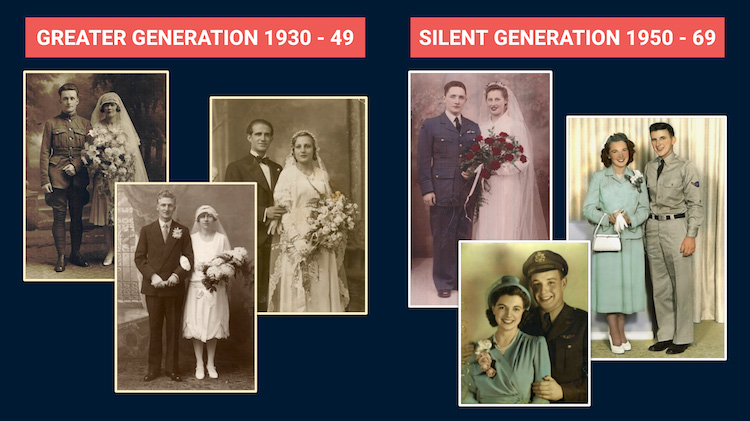 Next, there’s the top-end Boomer (in their mid-60’s and 70’s) who may still be unwilling to accept that they are ‘old’ (I hear my own mothers voice I as type this). Finding themselves still living in the family home long after their adult children have left,  the pandemic has given many the final push needed to finally make their move, extract the equity in their homes (before the economy slides) to seek out lower maintenance, and often a more luxurious lifestyle.

This age group is the most likely to move out of the city or to a quieter suburb that still has access to all the facilities and amenities they need, like health care, medical facilities on their doorsteps, an easy, yet brisk, walk to the shops and opportunities for socialising with their peers. You might find them purchasing an apartment with a view of the ocean, lake, river or harbour. 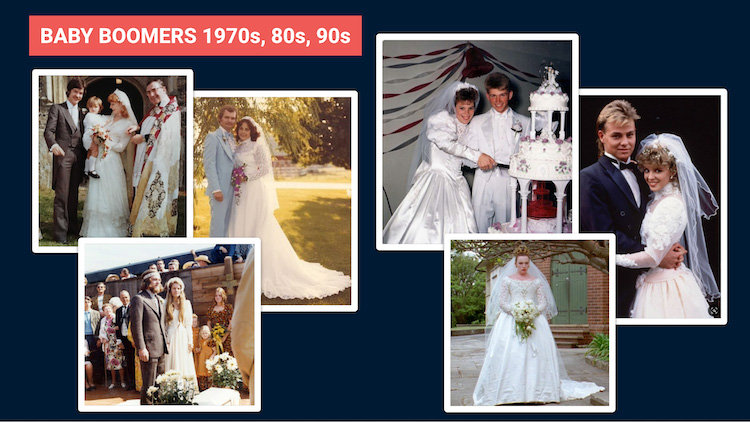 Younger Boomers (in their 50’s and mid-60’s) are currently ‘the meat in the sandwich’, providing support to their ageing parents and their grown-up children, simultaneously. We are seeing this age group decide to cease work earlier than the prescribed retirement age.

They enjoyed unprecedented freedom in their youth and are ready to reclaim it again. The trend is to downsize earlier than their parents, to a lock-and-leave apartment or townhouse that allows them to spend more time travelling (using their kid’s inheritance no doubt, haha!). They are the most lifestyle orientated group, generally moving closer to places with entertainment, such as restaurants, theatres and art galleries.

Obviously, no age group is characterised by one mindset. We’re often reminded that Ozzy Osbourne and Prince Charles are the same age, born within a month of each other in the same year: 1948.

However, when it comes time to engage with your triple-decker downsizers, it’s worth observing a few generalisations to get started. 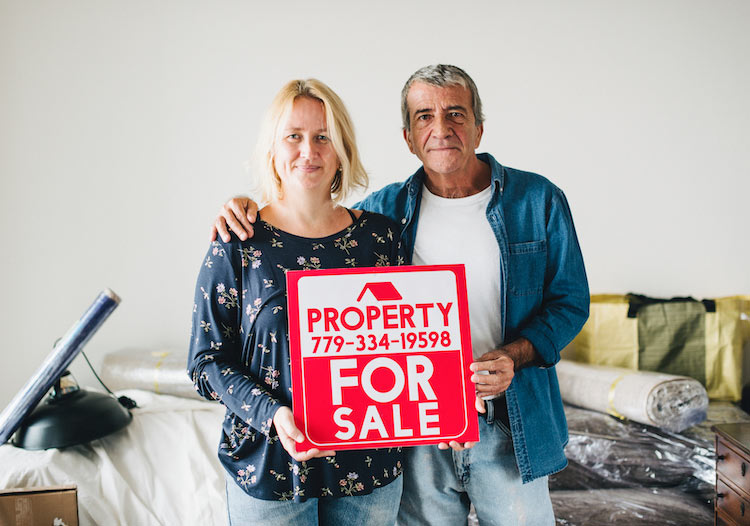 Housing
They’ll likely own an established home which might not be their first or even their second home. This means they’ll be less emotionally attached.

Why they’ll sell
This group is interesting because, although most are downsizing, there’s a cohort looking to upsize to accommodate a parent or their ‘Boomerang’ children. If they’re looking to downsize, they’re downsizing earlier than the older sector of the boomer spectrum.

Often characterised by being more financially savvy than the older Boomers, they want to get cashed up to fund retirement and their travel plans. They might delay a move until the last child has left home but then they’re off! Many opt for a sea change or tree change but ultimately it’s about simplifying their lives and gaining some freedom.

How to help them
Advise them on how to style and market their property. They’re focused on being able to achieve the highest sales result and they’re prepared to wait until the market moves in their favour. Give them plenty of purchase options and ideas to whet their appetite. Maybe they’re thinking ‘country town’ or ‘inner-city entertainment’, so you might add Balmain, Bilgola or Berry to the mix.

Value add
You might recommend that these younger Boomers buy a small lock-and-leave property plus an investment property with the proceeds of their home sale. They can rent one property and even occasionally rent their home to help fund their lifestyle.

Make them aware of various house-sitting opportunities that might inspire them. If they’re one of the upsizer groups, show them options such as dual-key properties, properties with an attached granny flat, or two-storey homes that could be renovated to be almost separate dwellings. 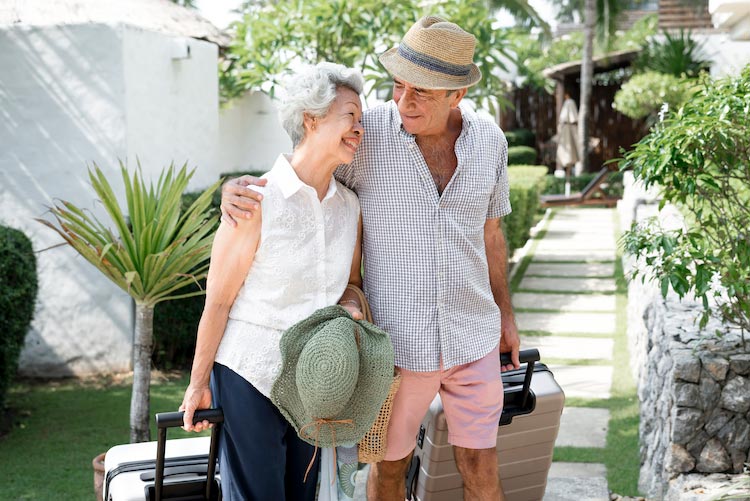 Housing
This group will generally own an established home, possibly renovated several times over the past 30 years to accommodate a growing family or a parent. The home is likely to be one in which they’ve lived for decades so there is a stronger emotional attachment.

Why they’ll sell
This group is looking to downsize, perhaps because of the death of a spouse or because children and grandchildren have moved out of the area. The main reason they’ll be persuaded to sell is to be closer to family.

How to help
Help them with minor repairs, and offer suggestions for decluttering, gardening and cleaning services. By the time sellers hit the 70 years mark, they find the idea of sorting through 40 years of accumulated stuff to be extremely overwhelming.

Value add
Offer them an off-market or private treaty campaign. As this group tends to be emotionally attached to their home, they have fixed ideas on who they’ll sell to. The idea of a developer coming in and knocking down their memories is almost unbearable. 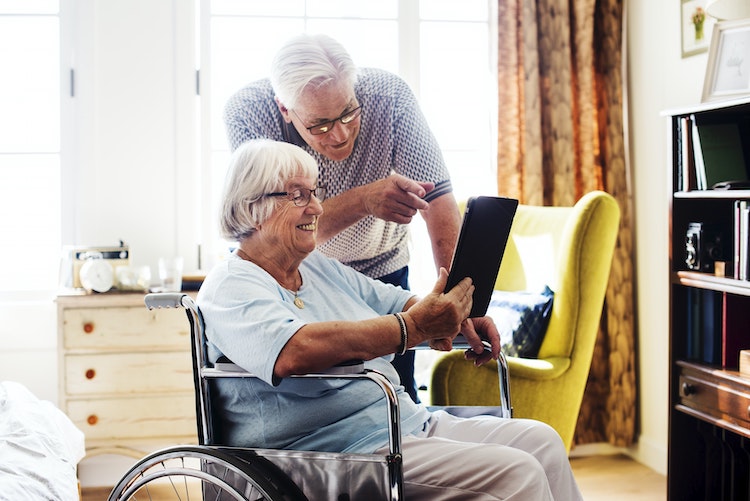 Housing stock
This group is similar to the older Boomers in that they’ll generally have lived in the same home since they married. It might have had a new kitchen in the 1970s but it probably needs work. They will have a strong emotional attachment to the home as it represents security and hard work.

Why they’ll sell
Generally, once the ageing in place strategy outlives its usefulness, the children (who are approaching retirement age themselves) will try to persuade the parent or parents to move into residential aged care or possibly a granny flat.

The homeowner might have lost a spouse, or be suffering ill-health or depression. They won’t go without a fight; generally, they have a poor opinion of aged care facilities and fear they’re being sent away to die.

How to help
Remember that this group came through post-war economic reconstruction in their childhood, stagflation in their 30’s and then recession in their 50s. Help them to understand how the money they’ll realise from their property sale will help them have a more comfortable life. They need to focus on the essence of ‘home’ and facilities rather than the actual building.

Value add
Offer a range of housing solutions from retirement villages and residential aged care to single-storey villas with no steps. Remember that you’ll be mostly talking to the children of this group. You need to reassure them that they’re doing the right thing, so get informed about aged care activities. For the actual sellers, reassure them that they aren’t losing independence but gaining a different kind of security.

The one piece of advice you can’t afford to ignore

Whatever you do, don’t mention the ‘old’ factor.

None of us likes to think we’re old, whether we’re 35 or 85. That’s why the aged care solutions really only work for the very frail. For the rest, sure, encourage them to move ‒ but within the framework of a vibrant, active life surrounded by friends and family.

Make it your business to know your demographic

If you’re in real estate it’s imperative that you understand the nuances of each age group over 55, in order to better market your services.

Each time my team and I work with a real estate agent or agency to define their marketing strategy we do a deep dive into the suburbs being served and local demographics to unearth who the ideal target client should be.

Share, in the comments below, who you have as your ‘tastiest clientele’ within your neighbourhoods and anything you’ve learnt about dealing with or supporting them.

If you’d like help identifying your ideal client, within your neighbourhoods, contact me to find out more about my strategy sessions.