Peddling past your comfort zone: insights from Steve Carroll

Steve Carroll is no stranger to pushing himself outside his comfort zone. Over his 3-year journey building Digital Live – a non-profit educational brand within the real estate industry – he has faced disinterest, inertia, roadblocks, and many many setbacks.

He’s had to become creative in his fundraising efforts and remain resilient and dogged when only one in every 50 phone calls resulted in a yes. Oh, and he’s had to learn to ride a bike 1000 km – that’s true endurance!

In this article, I interview Steve Carroll to find out what it’s like to move out of your comfort zone.

As a highly-influential sales leader, Steve Carroll has been working with the REA Group (REA) for ten years, most recently as their Director of Industry Relations.

Over that time, Steve has fostered a reputation with both his clients and peers for being “a bloody nice bloke”. In fact, Steve was formally anointed with this prestigious Australian badge of honour by Ray White’s Haesley Cush at the Leadership Power Morning in Brisbane – funny!

There’s no denying that with close cohorts such as John McGrath and Tom Panos, to name just two, and regularly appearing as a speaker at numerous real estate industry events, Steve has grown a formidable industry reputation.

What impresses me most, however, is Steve’s tenacity, grit and determination to go beyond the corporate salaried position to put his time, energies and reputation (aka personal brand) to good use – supporting Australian charity Hands Across the Water (HATW).

You might be mistaken for thinking that the journey for Steve in building his not-for-profit brand, Digital Live, has been a breeze. But far from it. Steve was met with many roadblocks along the way, which he had to find ways to overcome.

At the end of 2018, Steve contacted me for help building a more permanent website for Digital Live. Up to that point, he’d been bootstrapping the website, housing it on the Squarespace platform.

He’d promoted two of his Digital Live programs this way and each time had used a new URL with the year featured in it – which from an SEO perspective meant he was starting his digital presence from scratch each time.

My team and I set out to build a new digital home for Steve, that would cement his brand and give him a custom, SEO friendly website.

When my team and I work with a new client, we like to take time to get to know the person behind the business, the brand, what it stands for and what goal they’re setting out to achieve.

Over several planning sessions, we spent time talking with both Steve and Claire Baines (co-founder of Hands Across the Water) to find out about the HATW charity, and the digital marketing training program and ride run by Digital Live.

This was when I got my first glimpse of what Steve had achieved with Digital Live and how it had not been a comfortable journey.

Following, in Steve’s own words, are insights into how his Digital Live journey has unfolded to date.

Steve’s nephew Aidan died from cancer. Aidan died at the tender age of 16. Unfortunately, he didn’t quite make it to his 17th birthday. He was the son of Steve’s younger brother Nick who lives in the UK.

Steve shares, “I wanted to make sure that Aidan’s premature death wasn’t entirely wasted. I was determined to find a way that I could help disadvantaged or ill children. There’s no question that if Aidan were still alive, my fundraising would not have happened. It was Aidan passing that drove me to find a positive outcome to the loss for our family. 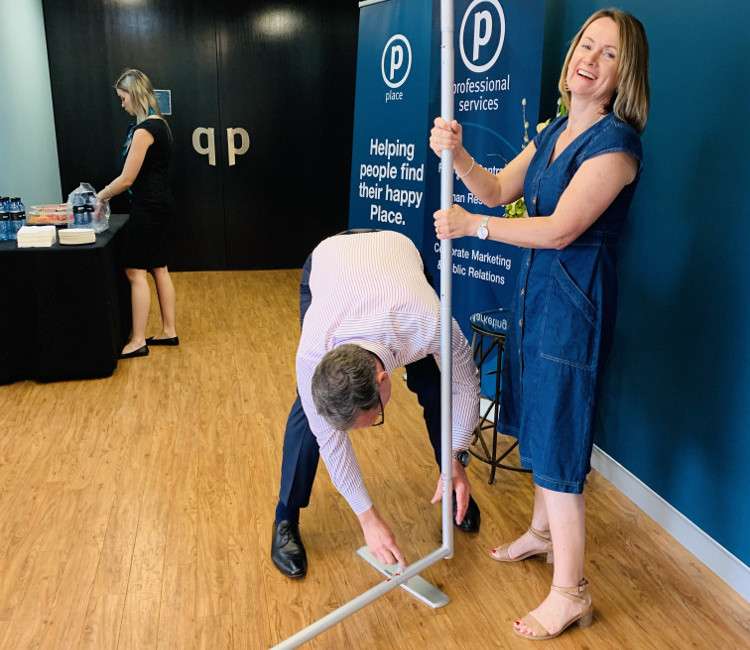 First, the educational event in Brisbane

“My first fundraising idea was to teach people about the new stuff, technologies and digital media, through an educational event. In 2017, I held an event for 100 real estate agents at the University of Technology in Queensland and raised $30,000 for a well-known Australian charity.

“That was a great start, but unfortunately I was struggling to build rapport with the charity I was supporting at that time. Being new to fundraising, I guess my experience and contribution was simply a drop in the ocean to them. So their interest in my goals waned after a while as they had other more significant contributors to focus on.

“Then, I got talking with Claire Baines, who at the time had just left the Sponsorship & Events team at REA to start her own events management business. Claire and I got talking about her husband Peter’s charity Hands Across The Water (HATW). Peter was a Forensic Detective with the NSW Police Force and started raising funds for orphanages in Thailand after the 2004 Tsunami. Peter had been directly responsible for leading Australia’s international response team to identify bodies after the Tsunami tragedy, he’d also been on the ground at the Bali bombings.

We expand to Sydney and get on our bikes

“Next, with Claire’s help, Digital Live ran two events in 2018. One in Brisbane and one in Sydney. That year we raised $50,000 for Hands Across The Water.

“After that, Grant Turner, a colleague from REA, suggested that we should host one of the Hands Across The Water bike rides and deliver the funds to the Thai orphanages ourselves.

“To be honest, I wasn’t that keen on the bike ride. I wasn’t a cyclist, and I didn’t even own a bike. My thoughts were that it would be very time consuming to organise a bike ride as well as the educational program and events. But Grant was relentless. He kept egging me on until I finally said OK, let’s do it.

“The first Digital Live bike ride was in May 2019. After making approximately 1,000 phone calls, I’d convinced 30 people from the real estate industry to participate. That was hard.

“Because I’d not done the bike ride myself, I was not that good at selling it. When asked questions about what it would be like. My answers were mainly, I don’t know yet, I don’t know.

“How did I persist? To be honest, it wasn’t easy.

“It was actually John McGrath who inspired me and spurred me on. I remember thinking back to something he’d said to me before I went on the stage at AREC, that gave me the strength to take my next leap of faith.

“John pointed out that the world is designed to produce average people that are rewarded for mediocracy. He encouraged me to follow my dreams and told me that I wouldn’t know whether my goals were big enough until people started to take the mickey out of me, and mock me, but that they would eventually begin mimicking me.

“That’s when I decided that I was going to create the biggest real estate charity event in the WORLD! Yes, that’s right, the world!

“Amazingly, those first 30 people on the Digital Live bike ride, collectively raised $250,000. Adding to this the $50,000 from the educational programs in Brisbane and Sydney, we rode into those Thai orphanages to deliver the news in person that $300,000 was coming their way! Phenomenal.

“So there you go. From a bike ride, I didn’t much feel like doing, to encouragement from others. Then the arduous task of ringing practically everyone and anyone across the real estate industry, to achieving an additional quarter of a million dollars in funds. 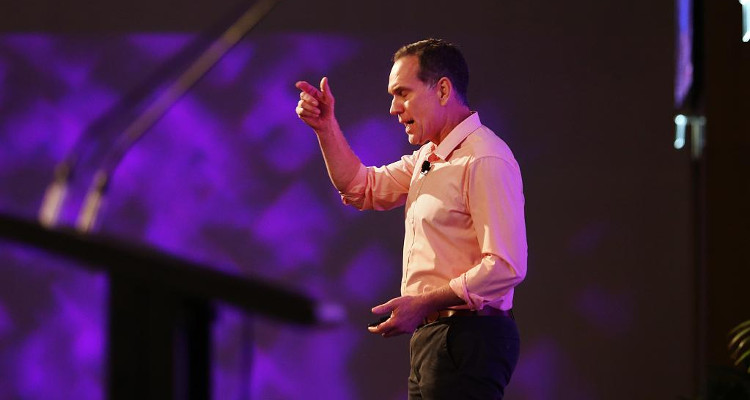 Bigger and better things yet to come

“Now, in 2020, we are going big. We’ve tripled our agent participation with 90 people signed up for two rides in Thailand. One in the north and one in the south, both are happening in March. Now that we have momentum, it’s been much easier to sign up participants.

“The good news is that we also have three Australian event venues booked in 2020, one in Brisbane, Sydney and now Melbourne for the Digital Live educational program. So there’s no excuse. Grab your ticket and learn from the best of the best in real estate digital marketing.

“Our goal is to double, or even better triple the funds we will raise to somewhere around half or three-quarters of a million dollars. Not bad for a passion project that has been my ‘on-the-side’ hustle for the last three years.

“And I am not stopping here. This year we have three riders flying to Thailand from the UK. Interest came off the back of speaking engagements I did with Lee Woodward to British estate agents. I’ve also recently met with the Real Estate Institute in New Zealand (REINZ) to gain their involvement.

“It’s funny to watch people’s faces when I tell them that my ambition is to create the biggest real estate industry charity in the WORLD! Their expressions usually give away their disbelief. But I’m not perturbed. Many still don’t believe I’ll achieve my goal.

“I want to create events that bring together agents from Australia, New Zealand, Europe and the Americas. How awesome is that going to be to ride with peers from different continents!

“One of the most common objections I face is people’s suspicion that the money raised won’t make it to the charity in full. But 100% of the funds go to the charity and its on the ground projects. Peter, Claire and other management staff do not receive any compensation at all – just like me, they provide their input for free. In fact, the annual financial statements are shared publically on the HATW website, should you wish to have a read.

“Outside of the bike ride, my wife and I like to visit the orphanages. That way, we get to see how the funds are being spent, firsthand. Every dollar, the real estate industry raises goes to improving the digital skills of the kids. The children can also choose what they want to study and what kind of vocation they’d like to follow. To date, 47 orphans have been put through university. This is simply amazing.

“Another frustrating objection, or excuse, people use to justify not contributing, is the fact that the children we support are not Australian. But remember, the charity I partnered with initially already had a fantastic amount of support from donors larger than me, here in Australia. It shouldn’t matter whether the children are from Britain, Australia, New Zealand, Thailand, Vietnam, Cambodia or anywhere else.

Peddling towards a global vision

“My vision for Digital Live has no borders. From the start, I wanted to work with a charity that was as adventurous and as big-thinking as me. Smaller fundraising groups like HATW can make a more significant impact overseas.

“Partnering with HATW means I can support children that are disadvantaged by their circumstances and restricted in their choices, and celebrate the memory of my nephew Aidan at the same time.

“Together, HATW and Digital Live are giving these children a better lot in life. Our financial support gives them not just food and shelter but education that sets them up for a life where their dreams can also come true.

“Join us on the ride in 2021, and when you cycle into the orphanages and meet the children, you’ll genuinely see the difference that is being made.

Email me at steve@digital-live.com.au if you’d like to be involved in our future bike rides.