Michael Rava, a long-time agent at McGrath Estate Agents, is best known as the real estate agent behind the wildly popular Facebook community page ‘Humans of Neutral Bay’. Here’s how he conquered this social channel in less than five months.

A local himself, born and raised on Sydney’s lower north shore, Michael’s ‘Humans of Neutral Bay’ Facebook page attracted more than 2600 likes within its first five months of operation.

This is the story of how Michael built the Facebook community page, Humans of Neutral Bay, Cremorne and Mosman (HONBCM) and how it has dramatically transformed his personal standing as a real estate agent in the Neutral Bay community, a community in which he has lived for 37 years. 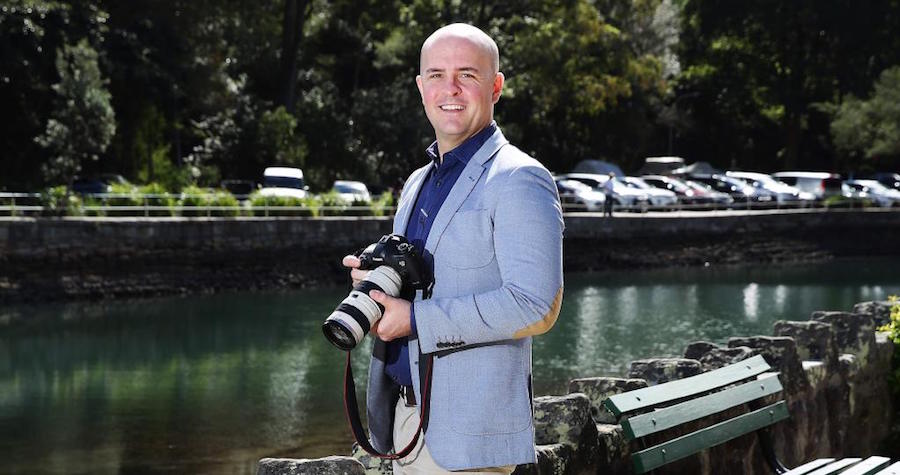 The story starts, as most of you will well know, with the office Sales Manager urging Michael to be more proactive about his personal marketing. To this end, Michael had been taking note of other leading agents in the industry and had noticed that many had launched their own agent websites and were becoming more active on social media.

But from Michael’s perspective all the Facebook fan pages he’d seen seemed to focus heavily on the agent and the properties they were listing or selling, while much less attention was given to the community they serve.

“And if you look at who is regularly liking and commenting on most agent’s posts, it’s other agents and people from within our industry – not people we are trying to attract as clients,” says Michael.

Michael questioned whether anyone truly wants to follow the life of their local real estate agent, particularly when you consider that local properties are only on the market every few years. As we know, most people are only looking to buy or sell for a period of three to six months, that’s when they are going through the motions of selling and/or buying a home, but how do we keep them engaged with us outside of that time?

Self-promotion doesn’t sit very comfortably with Michael either, nor is he a big fan of Facebook – before he launched HONBCM, he didn’t even have a personal Facebook account. 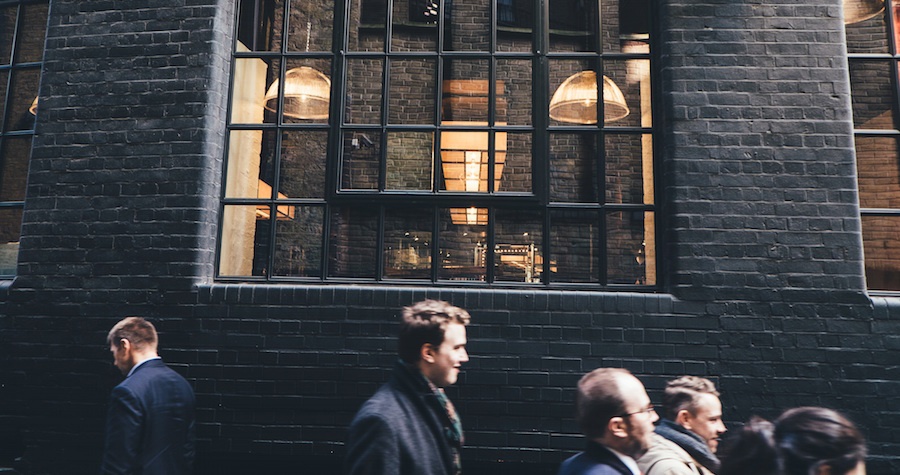 But Michael’s wife had recently read the book ‘Humans of New York’ and suggested doing something in a similar vein: engaging and highlighting other community members rather than himself. This struck a chord with Michael. He says he “really liked the idea of giving people living in Neutral Bay and its surrounding suburbs an opportunity to keep in touch with their local community, in a way that was relevant to them and their lives.”

Michael realised that he was happy to interact on social media platforms with the Neutral Bay community, but he wanted it to take on a slightly different slant from the average real estate agent approach.

So he did it. Michael launched a Facebook community page, rather than a business fan page, and called it ‘Humans of Neutral Bay, Cremorne and Mosman’. He says he simply set out “to make it a place to share positive stories about the local business owners that both serve and bring the community to life.”

“If you search Facebook, there are thousands of these ‘Humans of’ pages now, so my idea is not unique,” says Michael. “But it seemed to really resonate with people in the area and it has taken on a life of its own.”

At the time of starting the Facebook community page, Michael says he felt there were still so many people in the community that he didn’t know, despite having lived there most of his life. He says it has in fact been a great opportunity for him to meet and get to know the local business owners, to find out about their backgrounds and family stories, such as what brought them to the area and why they love it so much that they stay. 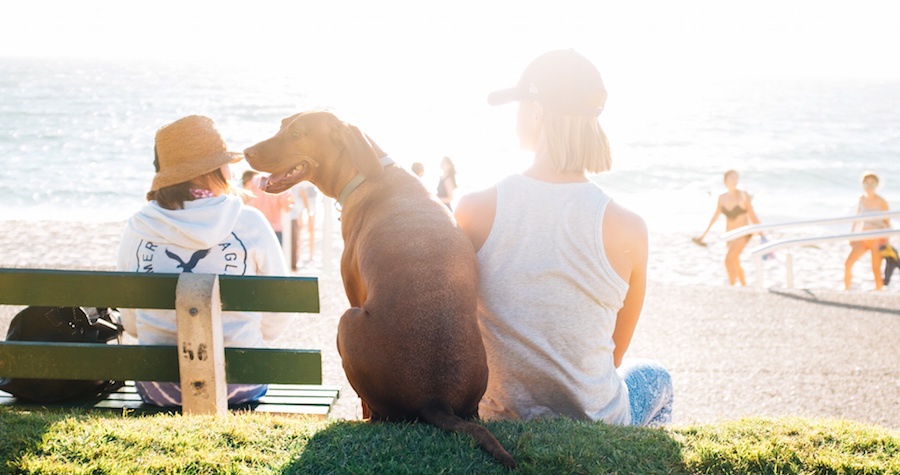 He is now able to put names to faces and faces to names and is fascinated by people’s life stories. One of his favourite examples is Nick from Mosman Dental Practice. Nick grew up in Mumbai, in India, and worked in Dubai, Russia, and America before settling down and opening his practice on Sydney’s lower north shore.

But building a Facebook community page is not an easy task. It took Michael persistence and consistency, though he says it got a lot easier over time.

First off he had to go on the hunt for people willing to be profiled on Facebook. He had to ring and explain to local business owners why he wanted to interview them and take a photo of them.

But now that word has hit the street, and in fact Michael has even been featured in the local press – the Mosman Daily, people instead contact him directly asking to be included on his famous Facebook community page. 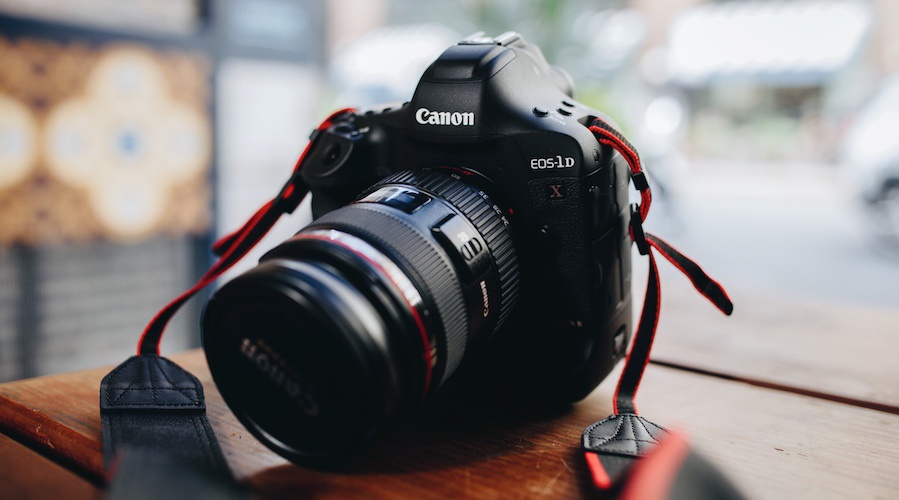 ‘Humans of Neutral Bay’ is also greatly enhanced by Michael’s handy camera work. He is lucky to be a bit of a semi-pro photographer, wielding a Canon 60D, a purchase choice that’s just before the professional range.

Michael is also able to write the short updates about his interviewees himself. With the determination to initially interview two people a week and post at the same frequency, he quickly built a steady following.

Michael says he is still amazed at the amount of people that started following what he was doing and taking an interest in it. Having discovered the page by accident myself, whilst doing some social listening research for a client of mine, there are a couple of key things that I could see contributed to Michael’s success:

He was giving back to the community and was using a ‘Community Page’. It was less about him and more about the locals.

Those people featured were happily hitting the share button and sending his post out to their Facebook networks, which in turn was bringing more fresh eyes to the ‘Humans of Neutral Bay’ page. If you scroll through the feed, you’ll see that it’s not uncommon for a post to get upwards of 80 or 100 likes.

I asked Michael if he was doing anything else to build the followers. He then shared this next handy to know tip:

Michael was also clicking on the profiles of the people that liked his posts and inviting them to follow the page.

This mix of community + consistency + conversation in my book is a winning formula for social media marketing success.

Although Michael says that it is hard to gauge how much business he has got through these activities (since he is not directly promoting his services) it has still been an extremely valuable marketing experience.

“What I can tell you is that it’s been an amazing and rewarding experience getting to know more people in the community and it has certainly resulted in people knowing who I am, if only as ‘that guy that does the Humans of Neutral Bay page’, as is often the case when I greet property buyers at open homes.”

“And having a way to reach out to that next circle of influence in the community and open up a conversation with people I don’t yet know has definitely increased my personal brand awareness and giving me a reason to interact with friends, acquaintances, locals and their connections in a far easier manner than ever before,” says Michael. “And even though it’s initiated digitally, it’s started in-person conversations too.” 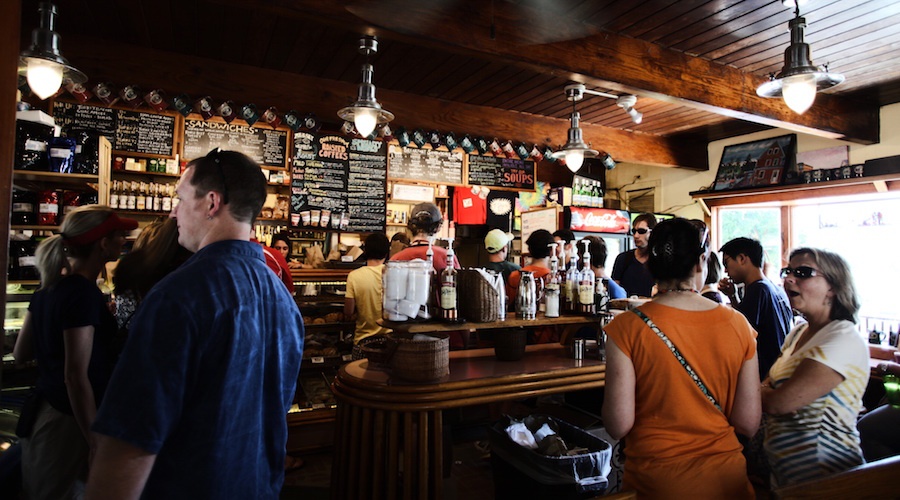 When prompted for any advice he’d like to share with other agents, Michael quotes John McGrath saying ‘people copying your idea is the ultimate form of flattery’. Michael is keen to encourage his McGrath colleagues in other regions and suburbs to start a ‘Humans of’ Facebook community page of their own.

He says he’d be flattered if someone took up the mantel in their own suburb. McGrath Head Office has also sent an email to its entire network highlighting the success of ‘Humans of Neutral Bay’, with the recommendation that others be inspired and undertake something similar.

Michael laughs when he says that he is not sure what’s next yet for ‘Humans of Neutral Bay, Cremorne and Mosman’, except that one thing he knows is that, despite public pressure, he won’t be opening his own photo exhibition any time soon, that’s for sure!

If you would like help understanding how you could use digital marketing and social media marketing to build stronger connectivity with locals in your area, myself and the Hoole.co team would be happy to assist!